The Factory Acceptance Test: An Integral Part of the Engineering Process

The Limitations of the Factory Acceptance Test

The factory acceptance test is an important milestone for both the machine manufacturer and the customer. After the Factory Acceptance Test has been passed – if you like to put it that way – the machine can be delivered to the customer. It would therefore make sense to test the entire functionality of the machine during the acceptance test. To understand that this requirement cannot always be met, imagine for example a large conveyor system: To completely assemble this in the workshops of the machine manufacturer is usually simply not possible due to a lack of space. Another example would be a machine that processes heavy or expensive components: Handling them during the Factory Acceptance Test would be very time-consuming. So in practice, only individual sub-functions are assessed during an FAT. The functionality of the entire machine can only be tested after commissioning at the end customer’s premises. Subsequent modifications to functions or even defects must then be added and repaired at the end customer’s facility. I am convinced that every machine manufacturer can confirm that efficiency, quality and ultimately costs are affected by this. 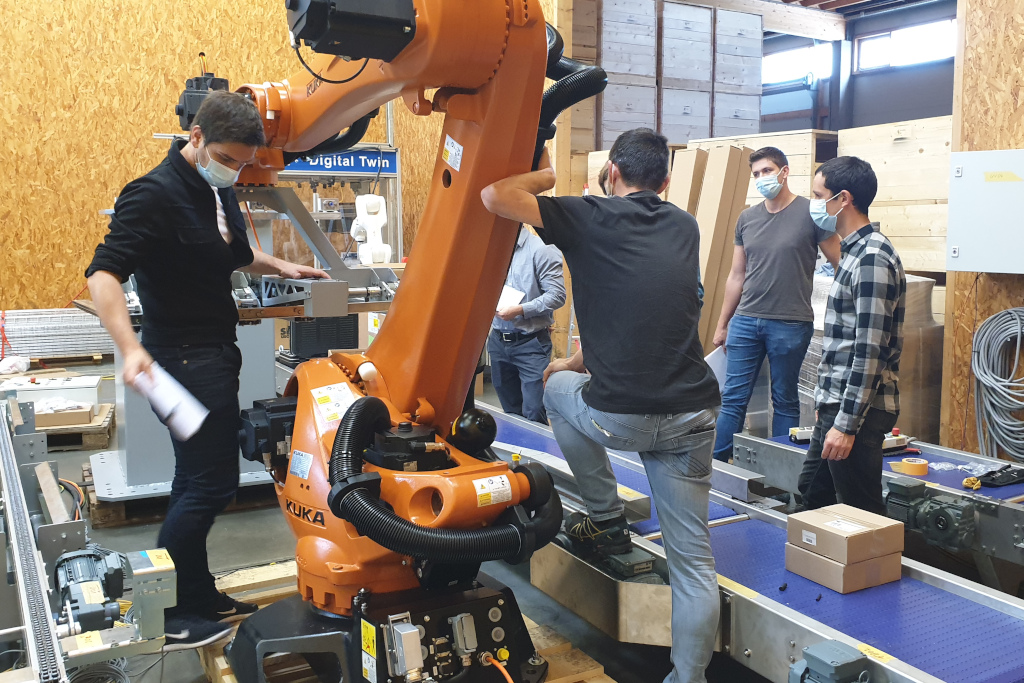 The picture shows customers visiting individual sections of their machine in our assembly hall.

So what can we do to improve this important milestone? The aim would be to examine the entire functionality of the machine together with the customer. Maybe even before expensive mechanics are built – who knows, maybe there will be changes later? It would be desirable if, for example, products could be manipulated as required during the factory acceptance test or scenarios such as operator access or malfunctions could be tested.

There’s No Such Thing as Digital Pain

The digitalization of the Factory Acceptance Test brings enormous advantages. Since the digital machine behaves exactly like the real machine and is not only controlled by the real controller but is also operated by the real control system or HMI, the customer can explore the machine and inspect its functionality. All in a secure, virtual environment. The real machine is not needed for this. There are no space restrictions, no damage, products can be manipulated at will, cycle times, access and malfunctions can be tested without hesitation. The digital machine is operated with the real HMI or control system. This means that the function as well as the usability of the latter are also approved at the same time. Modification requests that arise during the Factory Acceptance Test can be better planned and implemented early on. 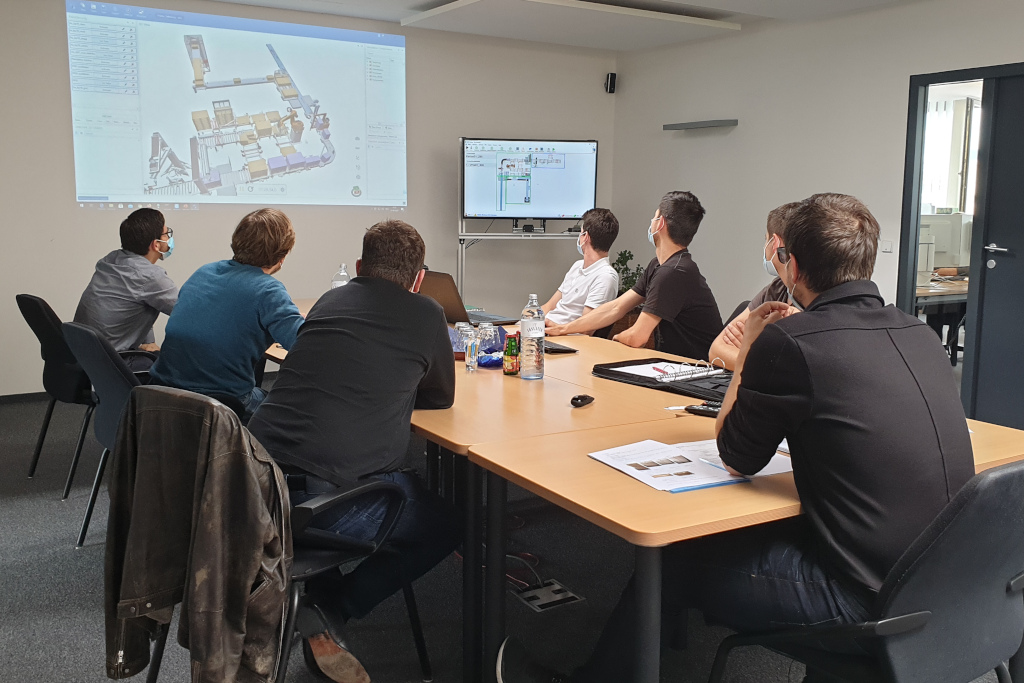 The image shows a situation during a virtual factory acceptance test. Our technicians and the customer are sitting together at a table. The control system of the machine can be seen on the screen at the rear right. The digital twin of the machine, the machine itself, is located in the middle. During the virtual FAT, we were able to run through situations with the customer that would never have been possible in a real factory acceptance test. We proved cycle times, were able to show that the machine can make up for production backlogs after malfunctions and were able to go through various work processes with the system operators.

The twin simulation software makes it quick and easy to create digital twins in 3D. 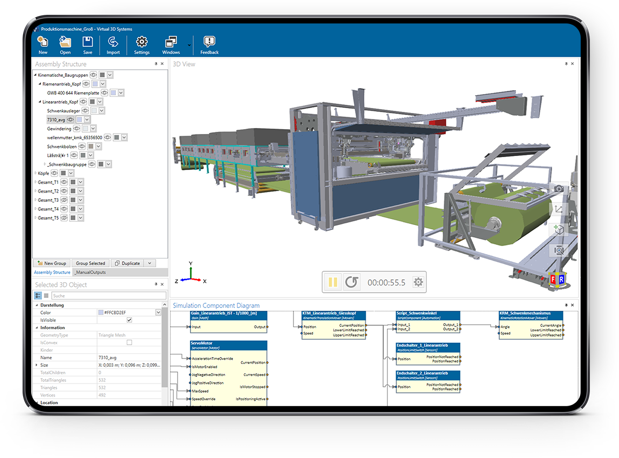